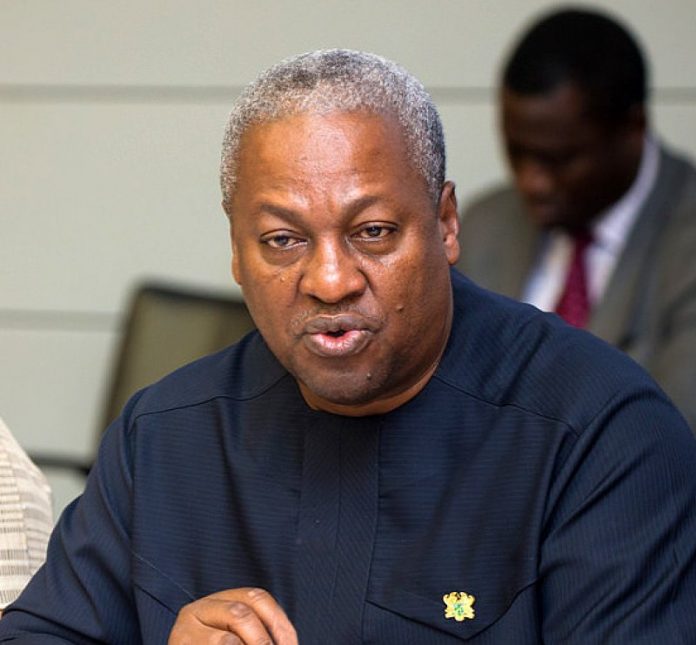 Anas recently released his exposé on how government officials in charge of mining are circumventing procedures to allow illegal mining.

He has been under incessant attacks, especially from the NPP camp.

The secretary of the Inter-Ministerial Committee on Illegal Mining (IMCIM), Charles Bissue, on Friday stepped aside following allegation of bribery against him. He was caught in the undercover sting operation receiving bribe to allow illegal miners to operate despite a ban on the operation. The Tiger Eye PI team also had a lot of security personnel falling into their net.

Touching on the development, former president Mahama has called on Akufo-Addo to show commitment to what he described as “The Anas Principle” following the ‘galamsey fraud’ video.

“The investigative exposé by Tiger Eye PI about officials at the Presidency aiding illegal small scale mining, ‘galamsey’, in Ghana, is an example of what our President Nana Akufo-Addo described in the attached video as the Anas principle,” Mahama said in a Facebook post.

“Despite all the efforts by the NPP and Government apparatchiks to distract the nation’s attention from the premiere of the video last week, the evidence still stares us in the face.

“The President should bring to book and sanction these people that we clearly see in the Anas video indulging in acts of malfeasance and receiving illicit monetary consideration.

“He should let his belief in the Anas principle show by taking action. Action speaks louder than words. And while you are at it, let me respectfully inform you, sir, that Anas and his team have never felt more persecuted and threatened for the work that they do, than under your administration,” Mahama said.

“You don’t expect magic from me, I came to Ghana just three months ”—Milovan to Ghanaians

You Don’t Have To Be A Rastafarian To Smoke Weed –...

19-year-old arrested over disappearance of girlfriend

NDC Will Win 2020 Elections To Save Ghanaians From Hardship- Greater...