Home GENERAL The elections were free and fair, settle your grievances in court –... 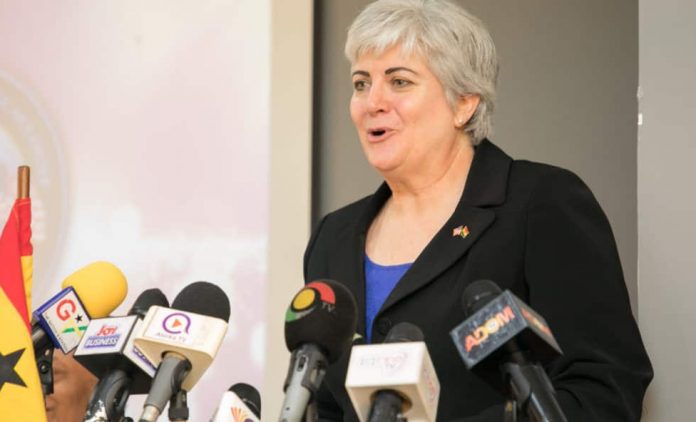 The United States government has congratulated President Nana Addo Dankwa Akufo-Addo on his re-lection as President of Ghana in the just ended general elections.

In a statement signed by the US Ambassador to Ghana, Stephanie Sullivan, the US described the just ended presidential and parliamentary elections as “free and fair”.

The statement, however, called on aggrieved parties in the just ended polls to resolve any electoral dispute in court.

“The United States expects that any electoral disputes would be resolved through established legal channels, in keeping with Ghana’s hard-earned reputation as a shining example of democracy in the region and across the world,” the statement said.

“The U.S. government stands ready to continue our strong partnership with the government and people of Ghana to advance our shared prosperity.”

President Akufo-Addo was declared winner of the just ended general elections after beating stiff competition from the NDC’s John Mahama.

The results, the Chairperson noted “excludes that of the Techiman South Constituency, with a voter population of 1 hundred and 28 thousand and 18 (128,018).

“The said election results are not ready because they are being contested. As such collation is not complete. The difference between the total number of votes between by the first and second candidates is 5 hundred and 15 thousand, 5 hundred and 24 votes (515,524),” she said.

The NDC has since rejected the results of the presidential elections.

We have to be prepared to sacrifice, pay taxes – Akufo-Addo

Ghana will not go back to IMF – Ken Ofori Atta

You will go to hell if you’re buried in a coffin-Onyame...

NDC Would Lose In 2024, If Mahama Stands Again For President’...

God Hasn’t Asked You to Fight His Battles for Him –...