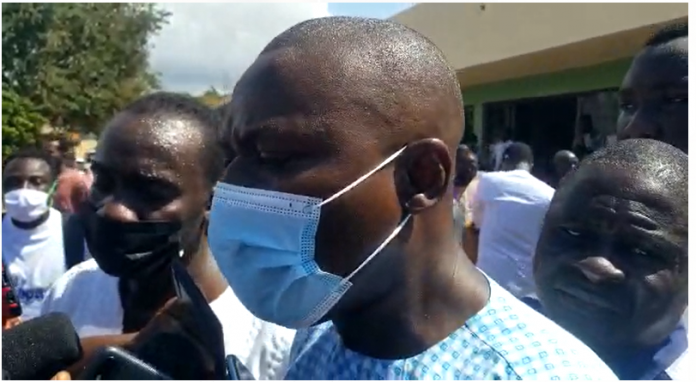 Some assembly members have rejected the results that seek to confirm the nominee as MCE following the counting of 77 total ballots instead of 65 representing the number of Assembly members who participated in the event.

Ernest Arthur is facing a third round of voting after being rejected in two consecutive exercises, failing to reach the two-thirds majority.

He also polled 40 ‘Yes’ votes out of 65 assembly members in the second attempt.

After the second voting, some members of the assembly returned monies allegedly given to them by the nominee, Ernest Arthur to vote for his favour.

A new date was however scheduled for third voting which has unfortunately caused chaos.

Sources who confirmed this said “They claim he has won but we are protesting against the result as the total number of Assembly Members are 65 but the presiding Officer counted 77 in total. We won’t accept this.”

14 suspects arrested in connection with death of Chief, 2 others in Oti Region

Akufo-Addo Has No Plans To Sack Domelovo – Oppong Nkrumah

“I Don’t Need My Ex-Husband Back” – Xandy Kamel Tells Social...

Measure your words carefully when talking about free SHS – Adutwum...

Sex before Marriage is the best-Pastor