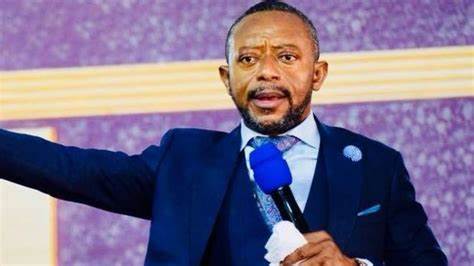 Those jostling for the running mate position of the opposition National Democratic Congress (NDC) have been advised to rescind their decision.

According to Prophet Isaac Owusu Bempah, anyone chosen to partner former President John Mahama might die.

He revealed this on Asempa FM’s Ekosii Sen programme Thursday while reechoing his prophecy about the fate of the NDC running mate ahead of the 2020 general elections.

The man of God claimed the opposition party in its quest to win the elections has promised a voodoo spirit a human sacrifice.

“The person the party will take as a sacrifice if it wins the elections is the running mate so the person must be very prayerful if he or she wants to live” he opined.

Prophet Owusu Bempah said he is not discouraging anyone interested to partner John Mahama but “that person must pray at least twice a week”.

The controversial prophet who predicted the death of former Vice President, Kwesi Amissah-Arthur said the new one might suffer a similar fate if that curse is not broken.

Concentrate on your political ambition in NDC, stay off Akufo-Addo’s back – NPP to Martin Amidu

You Cannot Be A Christian & Be Corrupt, Lazy Or A...

I can’t disclose cost of Akufo-Addo’s trips with private jet –...

“The President Should Be Blamed For Any Bloodshed During The MCE...

You snore while we are slaughtered like sheep, chicken and goats?...

We will work with the NDC to reflect the interest of...