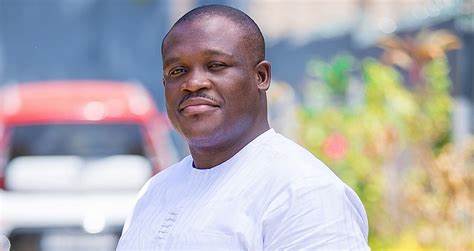 The Member of Parliament for Ningo-Prampram Sam Nartey George has reiterated the need for the black stars to be disbanded.

The legislator reacting to the sacking of coach CK Akonnor posited that even if Wenger, Klopp or Mourinho are employed to coach the team, we will see no difference.

To him, we lack the quality as a team and the best way forward is for us to disband the team and withdraw from all international competitions for two years and rebuild the team.

He said: “We simply lack quality! This ain’t no Black Stars, this is a Black Dot! I personally like CK Akonnor and really hoped he would excel but he is no magician and failed to show any clear direction as to what his philosophy was. Football is no longer just a game, it is a science. Unless we treat it as such, even countries like Tuvalu and Tonga would soon meet us and spell Ghana.

Let’s get back to the drawing board and think. Yes think! The GFA must focus on rebuilding a solid team from the juvenile levels. Until that is done, can the Government stop throwing away our tax money and rather use it to fix another aspect of our country. The current Black Stars is a complete waste of our resources, time and emotions.”

Ghana to receive 1.3 Million Pfizer Vaccines from US Government