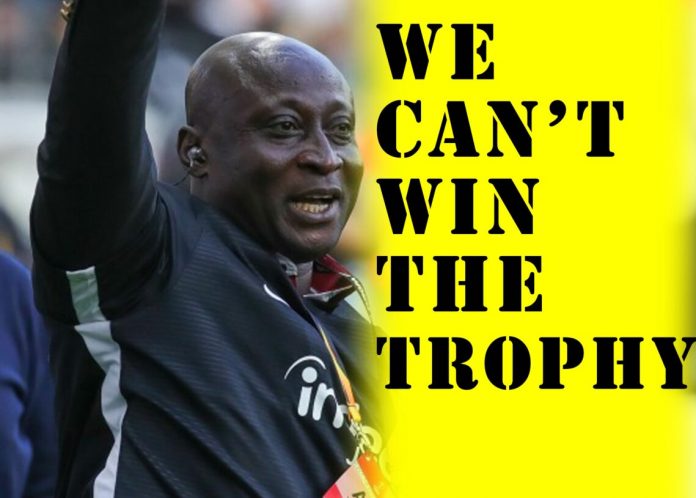 Former Ghana international Tony Yeboah has casted doubts about the Black Stars chances of winning the 2021 Africa Cup of Nations title in Cameroon.

Ghana is among the 24 countries set to battle it out for the covetous title in the Central African country.

The four-time African Champions are in search of a fifth AFCON title after last winning it in 1982.

But according to the former goal poacher, it will be difficult for Ghana to end the 40-year trophy drought.

“It will be difficult for Ghana to win the AFCON but everything is possible in life, so we should pray behind the team. To me, we cannot win the trophy with this team but anything can happen in football,” he told Onua TV.

“We’ve had several good players but we were unable to win the title. I believe if we are able to organize things well, anything can happen”

The much-anticipated tournament will kick start on Sunday, January 9, 2022.

Ghana will open their AFCON account against Morocco on Monday, January 10, 2022.

‘We Have No Idea Where The Speaker Of Parliament Is’ –...

“Turn Out In Numbers, Vote Massively For The NPP” – President...

Asante Kotoko will participate in the FIFA Club World Cup –...