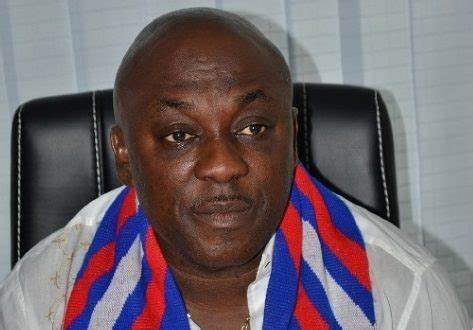 Deputy Minister for Trade and Industry, who also doubles as the Member of Parliament for Tema West, Hon. Carlos Ahenkorah, has asked the Minority to “disclose their running-mate” and “stop the unnecessary coronavirus politicking“.

According to him, with barely 10 months into the general elections, the National Democratic Congress has practically refused to outdoor the party’s running mate, but found time to engage in propaganda over the global eopidemic.

“In other countries, both the opposition and the ruling government have come together to fight the virus, but here we are in this country doing the usual politicking.

“They should concentrate on finding a running mate than doing politics with the global coronavirus epidemic,” the NPP MP said on Okay FM’s Ade Akye Abia program.

Last week, the NDC MP for Kumbungu, Hon Ras Mubarak, demanded information on whether President Akufo-Addo upon his return from the European tour, will be quarantined following cases of the spread of the Coronavirus disease in some of the countries the president has visited.

Hon Ras Mubarak asked the question in Parliament after the Majority Leader Hon Osei Kyei Mensah Bonsu had presented to Members, Business statement of Parliament for this week.

According to the Kumbungu MP, the President of Mongolia has been quarantined for 14 days after a trip outside the country.

Sudan, Angola, Tanzania, Ghana, and Kenya have been identified as having a moderate importation risk, but with varying levels of health system preparedness to handle an outbreak.

Many of these countries are among the 13 African nations with a high volume of travel to and from China, which the World Health Organisation (WHO) has prioritized to receive support for added measures like improved airport screening.

The World Health Organisation has identified Ghana and 12 other African countries as high-risk countries for the novel coronavirus.

I have no plans to reshuffle my ministers – Akufo-Addo

I will contest for NPP flagbearer – Kwabena Agyapong declares

I’m not it in touch with Afriyie, it’s not necessary –...

I Will Never Join NPP but Support Akufo-Addo and Bawumia –...

Nominations for 2019 Ghana Music Awards UK open on 30th May