Home GENERAL I’m Not Afraid Of Death; after all All die be die-Kennedy... 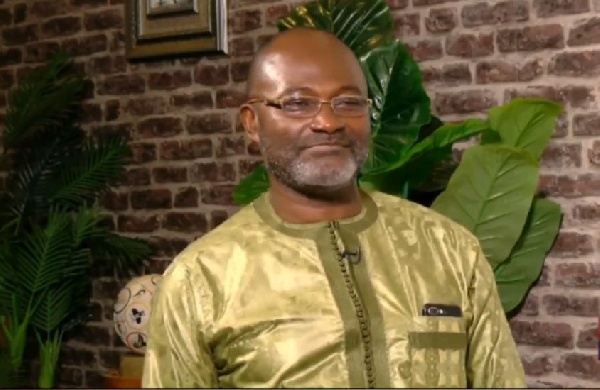 Member of Parliament for Assin Central, Kennedy Agyapong,has said he is not afraid of death and don’t fear anything in life.

According to him, he does not fear death, hence he is not scared about threats and criticism  from the public.

“I believe all die be die, whatever happens, one day definitely you gonna go so I don’t let death intimidate me in order not to live my normal life. I’m just free whatever happens so be it,” he said.

“Well [I’m at] about eight per cent of my dream…” he responded when ask to quantify the percentage of his achievements.

He continued: “the eight per cent makes me comfortable, just that I dream big…”

“Why will I target churches, why will I target pastors…not all pastors are fake. There are genuine ones but there are fake ones like Obinim, like Badu Kobi. I can talk about these two people because I’ve done the investigation, and I’ve a lot of evidence against them,” he said.

Bawumia is a great Vice President – Chief of Staff

British High Commissioner to ride bicycle from north to south

Gifty Osei to name next album after Hopeson Adorye

There are brighter days ahead for Ghana – Akufo-Addo’s New Year...

Nana Aba Anamoah’s Range Rover Is Not Registered With Us –...