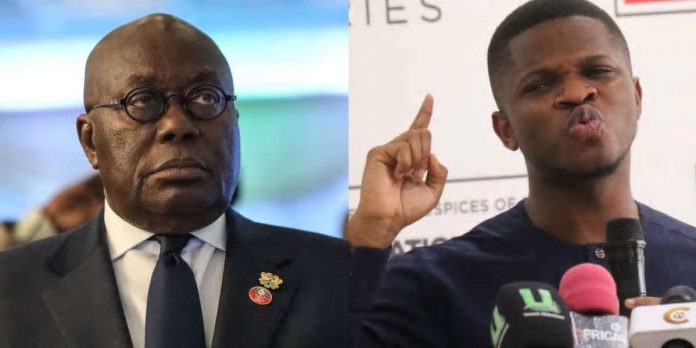 The opposition National Democratic Congress (NDC) is demanding the immediate removal of all taxes imposed on petroleum products since the assumption of office of the NPP administration.

The party argues that the 60 per cent increase in revenue from the country’s oil sector makes it untenable for government to still maintain the deductions.

Communications Officer of the NDC, Sammy Gyamfi, in addressing the media on the recent hikes in fuel prices observed that in spite of about 45% increase in fuel prices this year alone, only 4% has been handed over to public sector workers, a situation he believes will bring hardship on the ordinary Ghanaian.

Addressing a press conference at the party’s National Headquarters on Monday, October 18, Mr Gyamfi observed that, “the high and unbearable cost of living that Ghanaians are experiencing under the watch of President Akufo-Addo and Vice President Dr. Bawumia, which has largely been occasioned by steep increases in the prices of the Petroleum products over the last four and half years.”

He also explained that the government has increased fuel prices consecutive times in 2021 alone; as a result, the prices of diesel and petrol for a gallon has increased from, “about GHc21.00 as at January this year, to about GHc31.00 currently.”

“We, therefore, wish to call on the Akufo-Addo/Bawumia-NPP government to as a matter of urgency scrap the Special Petroleum Tax (SPT) of 46 pesewas on a liter of diesel and petrol,” he added.

The SPT was introduced by the erstwhile NDC/Mahama administration sometime in 2016 when crude oil export price fell far below government’s budgetary projections. The objective was to shore up the government’s revenue for development purposes.

But given the fact that crude oil export price has increased from below $40 to above $80 per barrel currently, far above the government’s budgetary projection of $54.75 per barrel, it is untenable for government to still maintain the SPT on the price of petroleum products now, and same should be scrapped immediately.

This is particularly so, when government’s revenue from the oil sector for the second quarter of this year 2021, went up by almost 60%, equivalent to US$89.1 million, as compared to oil revenue for the same period in the previous year.

The NDC attributes these increases to new, “draconian taxes on Petroleum products such as; the introduction of 20 pesewas Energy Sector Levy on every liter of diesel and petrol; the increase of 18 pesewas in ESLA per Kilogram of LPG; the introduction of a 10 pesewas sanitation (borla) tax on every liter of diesel and petrol; the introduction of a 1% COVID levy on NHIL & VAT, by the Akufo-Addo/Bawumia/NPP government, coupled with the free-fall of the Ghana Cedi which has been occasioned by their gross economic mismanagement, are the major factors responsible for the persistent and steep increase in the prices of fuel products.

The press conference also touched on the general socioeconomic hardships facing many Ghanaians and made specific references to price comparisons in the Construction industry.

Prices of “building materials reveal a very worrying trend that is of major concern to many Ghanaians. A 50kg bag of cement that was sold at GHc27.00 in the year 2016, is being sold at GHc52.00 and in some cases above this price today.

Don’t use your husbands’ names for showbiz-Akosua Agyapong