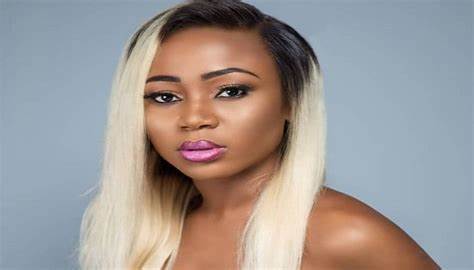 Rosemond Brown, known in showbiz circles as Akuapem Poloo, has revealed that she will soon release a song with her ‘twin’ American rap star Cardi B.

Speaking to DJ Advicer on ‘Ayeeko after Drive’ show on Happy FM, she said: “I will be releasing a song with Cardi B soon and our song will be titled spiritual twin.”

Akuapem Poloo was also at the famous ‘meet and greet’ that sparked conversations on social media because Cardi B seemingly chose ‘Khebab’ over meeting high profile celebrities in Ghana.

However, Akuapem Poloo was fortunate that her twerking prowess brought her recognition which saw her projected on Cardi B’s Instagram Stories few hours after their meeting.

The American rap star shared Akuapem Poloo’s photograph twice with a caption ‘My Twin’, a recognition that sparked conversations among Ghanaians.

According to Akuapem Poloo, a lot of Ghanaian celebrities have always said she is not good for their image.

“Even though a lot of celebrities look down on me, I will still work with any of them. I come from humble beginnings, I have climbed coconut trees to pay school fees. Everyone has their own individual journeys to fame,’’ she said.

She is currently promoting her debut song ‘Sexy Poloo’.

Have mercy on me, when you get problem, people chew you like street kenkey – TT pleads for mercy

I also received GH¢ 40,000 from Chief of Staff – Psalm Adjeteyfio

Nabco Trainees Will Be Absorb Into Permanent Employment By October –...

No Amount Of Demo Will Prevent Us From Doing A New...

I will never run to juju for hit songs’ – Joyce...

Captain Smart was suspended for insults and not for criticizing government-Angel...